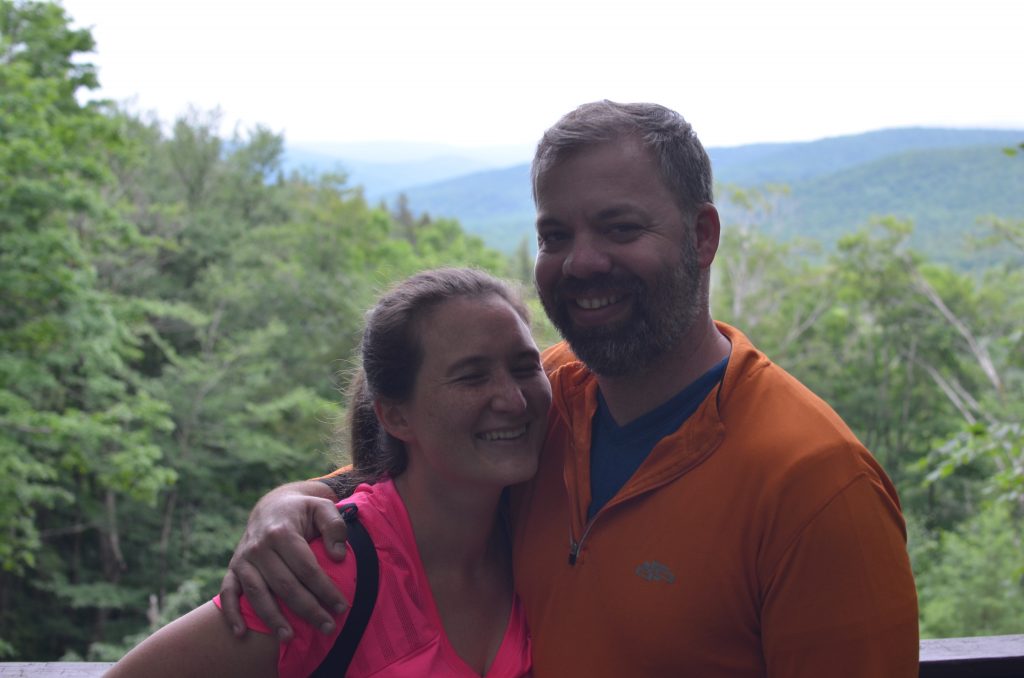 How It All Started

Katie emailed Rob on his birthday in 2018 to schedule an interview for him with Peace Corps’ Africa Region. Katie still says that Rob’s interview was one of the best that she has ever sat in on (Katie’s note: she was not the hiring manager on this panel!). Before Rob started, the longest government shutdown in US history took place. Once he got onboard, we both found ourselves enjoying the conversations we were having and met up for drinks after work with work friends. We both quickly realized that we were interested in each other and started dating. We played on a softball team, biked around DC, and enjoyed getting out of the city for hikes. We moved in together in March 2020, just one week before all Peace Corps Volunteers were evacuated due to the pandemic and before DC implemented their COVID restrictions. Since then, we have found a lot of joy together, especially hiking in the national parks.

Rob planned a week long birthday trip up in New Hampshire for Katie’s birthday. He had been planning it since the summer before with the help of his friends from Peace Corps/Zambia, Chad and Aubrey. At the top of the Flume Gorge, he dropped down on one knee and asked the question. Through happy tears, Katie said yes.

We got legally married in DC in August 2021. We decided on a Thursday evening and got married less than 72 hours later. On Friday, some of our family and friends living within the Beltway received texts that invited them to lunch at our apartment on Sunday. Anyone that agreed to lunch was given the exciting news that they were cordially invited to our wedding. On the roof of our apartment building, we had a very short self-unifying ceremony, officiated by Katie, where we exchanged vows and rings. We then celebrated with sandwiches and cannolis from our favorite Italian deli.